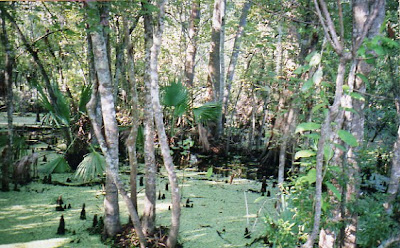 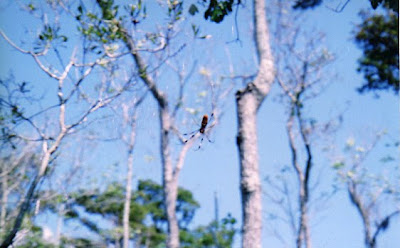 I traveled down to New Orleans for Mardi Gras this year, and one of the most fascinating parts of our vacation was a swamp tour that my fiance and her family went on.

On a sunny day last month, we ventured down to the Barataria unit of Jean Lafitte National Historical Park. We were taken on a tour by Captain Cyrus, one of the unique inhabitants of the swamp and a lifelong resident of Barataria.

Everyone who comes to Louisiana can't miss this amazing opportunity to view the nature and history of the Barataria swamp.

We boarded the riverboat at noon. The Captain began to tell us about the history, people, nature and wildlife of the swamp. Toward the right, we could see a washed up riverboat, its rusty hull protruding from the water. As we proceeded down the open area of the swamp, numerous birds, heron and others, were settling on the lake in the noontime sun. He showed us the shrimp traps that the residents use to make their livelihoods with. 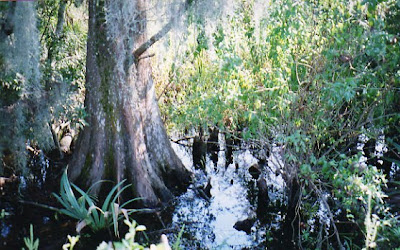 We began to make a turn into one of the bayous, and hundreds of cypress trees lined the shores, their long moss hanging down so low that you can almost touch them. About this time, we head into another remote area, and we see Captain Cyrus' "friends", two huge alligators, rising up out of the water!

In order to entice them toward the boat, the Captain whistles to them, then throws marshmallows into the water! We saw several alligators during our swamp tour, and all of the people on the boat were very excited to see these amazing animals.

The captain thought that the buried treasure story was a way of attracting unwanted interest in the swamp, and believed that all it did was disturb the history of the area. He told us that most films made in Louisiana, such as the "Interview with a Vampire" and "Forrest Gump," are made in the Barataria. For example, the scene in "Forest Gump" were Forest crashes his shrimp boat into the dock was filmed here. He said that the filmmakers destroyed the old dock, but that it wasn't so bad because the residents "got a new dock out of the deal." 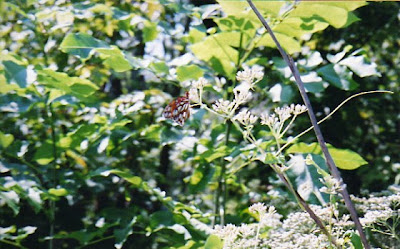 Finally, we wound toward the end of our journey, and toward our right, a large above-ground cemetary lay on top of the hilly shoreline. He told us that all of Barataria's residents are buried here, often with some relatives buried above ground on top of others in their families. The ornate gravestones and cemetary were a unique fixture in the swamp, and are a testament to the peoples, cultures and history of the Barataria.

At the very end of our journey, the Captain gently guided the boat back into the dock, and it was over. Everyone clapped for the Captain. More importantly, Captain Cyrus showed us that the Barataria Swamp is a beautiful, largely untouched area. He showed us why he loved the Barataria so much, and how he wanted others to enjoy it as we were.

If you are ever down in Louisiana, make a point to go on a swamp tour with Captain Cyrus. He'll show you around the swamp, and maybe...just maybe...you'll even get to see an alligator or two!
Posted by Mary Grace at 6:12 PM