"I literally cut my teeth in the theater," said Brunet, whose father opened the Imperial Theater in 1922. Brunet was 5 years old when "talking pictures" were born, so his lifetime closely parallels the development of the modern film industry.

In the 1960s, Brunet operated five New Orleans movie houses at the same time: the Famous, the Carver, the Clabon, the Gallo and the Circle; in the 1980s, he ran the Joy, Loew's State Theater and the Prytania. Now, operating only the Prytania, which opened in 1915 and is the city's last remaining, single-screen neighborhood theater, Brunet is penning a book to share his lifelong memories of the city's historic theaters. 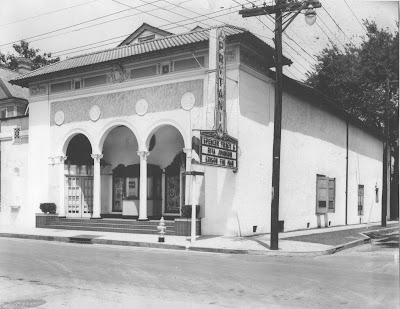 Brunet began talking about writing a book 16 years ago with Jack Stewart, a local preservationist and historian. "I know things from research that he knew from personal experience," Stewart said.

The talk turned to action two years ago when the manuscript for "There's One in Your Neighborhood" began to take shape.

The Prytania's 2009 premier of "The Blind Side" became the impetus for taking on the book project in earnest. Publisher Arthur Hardy, who has admired Brunet for many years, suggested the theater to Sandra Bullock for her fundraising event benefiting Warren Easton High School. Brunet coincidentally had been a student at Warren Easton and is among the members in its Hall of Fame. "She (Bullock) fell in love with Rene," Hardy said.

Rene Brunet likes to say he was born in the movie business. His father, Rene Brunet Sr., opened a nickelodeon in 1907, the Harlequin five years later and the Imperial in 1922. By the time Rene Jr. was 15, he knew every job, from taking tickets to running the projector. 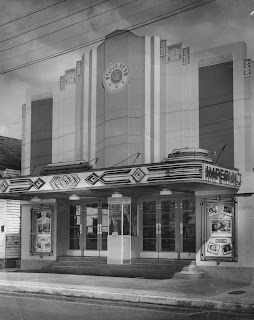 "I can remember the lady who accompanied the silent pictures on the piano," he said. She would improvise music to synchronize with the action, be it romantic, frightening or exciting. "I thought Miss Marie was wonderful."

The book, scheduled for release in November, will provide a complete history of New Orleans theaters and their place on the national stage. Vitascope Hall, the nation's first theater dedicated solely to moving pictures, opened on Canal Street in 1896.

The Orpheum Theater, built in 1918 as a vaudeville house, soon began showing movies, Stewart said. In the 1920s, pipe organists accompanying silent films became the big attraction. "The Saenger has the greatest organ in the South, a Robert Morton Wonder Organ," Brunet said.

In 1926, however, sound systems synchronized to film revolutionized the medium. The Loew's State and Saenger theaters, both opulent showplaces, opened on opposite sides of Canal Street, each seating more than 3,000 people. The Saenger's 65-cent ticket price permitted customers to see a silent movie and stage play and hear music performed by the Saenger Grand Orchestra. 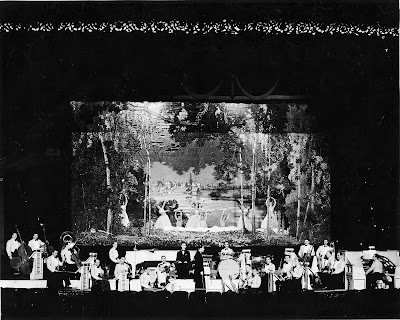 Before the advent of television, families were thirsty for daily entertainment. "People used to go to the movies four or five times a week," Brunet said. "We used to change movies every night." Several studios had local offices where they stocked reels. "When my father and I would arrive, the film was there," he said.

With so many theaters, competition was fierce, so operators held contests and special attractions. Rene Brunet Sr. hired the Boswell Sisters to sing at the Imperial before the trio became nationally famous. Price wars and giveaways also sought to lure audiences from one theater to another. Brunet recalled a Thanksgiving promotion that went awry when the prize turkey escaped and ran down Hagan Avenue.

Rene Brunet Sr. died of a heart attack in 1946, forcing his son to drop out of college to take over the Imperial. The young Brunet ran the theater until it caught fire and burned to the ground 10 years later. "It was a very dramatic thing for me," Rene Brunet Jr. said. And while there wasn't enough insurance to rebuild, he forged ahead. 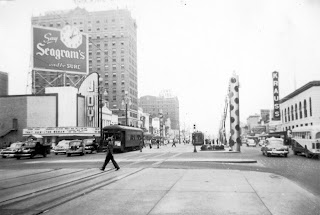 At 39, he met his future wife, Muriel, "a raving beauty," who worked the concession stand at the Famous. Almost 50 years, five children and six grandchildren later, they remain together. The children grew up helping with the theater business.

"It takes challenge and ingenuity and a certain kind of person to run a theater," Stewart said. "It's something you do and it gets in your blood."

There's no question it's in Brunet's blood. He's at the Prytania there almost every day, taking tickets at the door, wearing a blue blazer and one of his signature movie ties, smiling at customers and making sure they enjoyed the show.

"I've more than just worked in theaters all my life -- I've just loved them," he said.

Mary Rickard is a contributor to The Times-Picayune.
Posted by Mary Grace at 8:14 PM