If Sophie's gelato's not in heaven, I won't go! 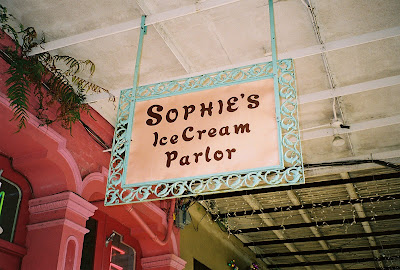 Sophie was a TV actress for 14 years, wife of a New Orleans politician and president of a multimillion-dollar government contracting firm before deciding to make ice cream commercially. Her mother said now that she's become a soda jerk, she's finally happy.

Sophie's Ice Cream Parlor is in an old diner with a counter and stools, right out of the 1950s. 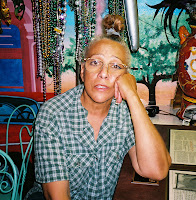 Sophie said she has more aliases than Sybil, but was born into the oldest Creole family in America as Geneva Leona Mercandel. When she left New Orleans for L.A. at 16, she became Janee Michelle. Now, she's just Sophie. 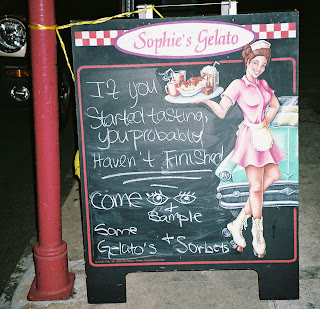 Besides creating more flavors than you can count, she also supplies gelato to five restaurants. For the grand reopening of Commander's Palace, Sophie made 18 gallons of ice cream by hand. Her shop not only serves sorbet and gelato, but also offers homemade pecan pie, cheesecake, apple pie, biscotti and sandwiches. Sophie's hosts children's themed parties - who wouldn't want their 5th birthday party at Sophie's?


More people find religion in her shop than at church, she said. They take one bite, their eyes open wide and say, "Oh my God!"